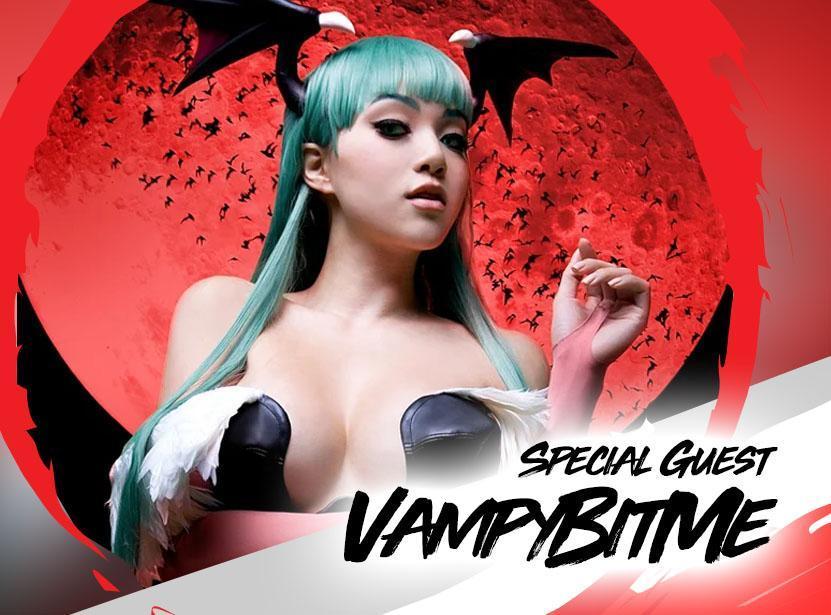 Her publications in media include FHM (For Him Magazine Singapore), IGN, Myx TV, Kotaku, and Amped Asia, citing that she is, “probably the #1 most universally attractive Asian girl on the planet due to her geekiness (and sexiness too).”

VampyBitMe has been hailed as an outstanding crafter of cosplay, with Kotaku in 2012 stating that, “Linda is a cosplay machine, renowned not just for the quality of her costumes, but their variety as well”. Her favorite cosplay include Psylocke from X-Men and Morrigan from Marvel VS Capcom (Darkstalkers).

VampyBitMe has been a cosplay senpai at multiple conventions, and specifically at Anime Expo where her fan lines have exceeded hundreds of fans. She has been mentioned as one of the top 10 cosplayers in the world by therichest.com who placed her at #5.

In addition to her convention appearances, VampyBitMe has also been in short action films such as Selling to Heroes, Villains and Geeks, starring as herself. Additionally VampyBitme is a regular host for Bandai Namco, and is active in the fighting game community.

When Linda is not cosplaying or in the media, she enjoys building Gundam model kits (Gunpla), playing video games and just chatting on her Twitch channel.

Find her on her social media pages: